The Pro’s and Cons of Vegan Leather

Sancho’s is the home of sustainable fashion and ethical lifestyle products. Our Black woman owned business is based in Exeter, UK where we believe in doing better, providing sustainable and affordable clothing options. Through activism and spreading awareness, we are working towards a kinder world. Shop our Transparent Pricing collection here, our Organic Cotton Lounge Wear Collection here and read more About Us here.

With more and more fashion companies wanting to become sustainable and vegan-friendly, designers are steering away from using animal skins in their products, such as fur and exotic skins. Donatella Versace spoke out against fur in 2018, with Prada, Gucci, Burberry and Coach all agreeing to stop using real animal fur from 2019 onwards. However, many luxury brands continue to use real leather in their products. Despite this, there has been a huge rise in the demand for vegan leather over the past few years. The global synthetic leather market, which is currently valued at $25 billion, is projected to reach $45 billion by 2025. Whilst vegan leather is undoubtedly a great step towards decreasing the number of animals that are harmed and killed for the sake of consumers, it is also worth questioning if vegan leather is any more sustainable or ethical than real leather in the long run.

Which Companies are Using Vegan Leather?

There are numerous luxury and more affordable brands who are using vegan leather in their products. One of these is the designer Stella McCartney. With McCartney being the daughter of Paul McCartney and Linda McCartney, two famous animal rights activists and vegetarians, it is no surprise that she feels strongly that no animals should be harmed in the process of creating her products. The brand is not only totally vegan, but they have also promised to improve their sustainability by only using organic cotton, sustainable viscose, and recycled/recyclable packaging. This goes to prove that it is totally possible for luxury brands to be sustainable and vegan in their practices, and continue to be successful. Another hugely in-demand brand that is using vegan leather, is American brand Telfar. Telfar is one of the most in-demand brands at the moment due to their regular limited drops of their vegan bags. The designer behind the brand, Telfar Clemens, even won “American Accessories Designer of the Year” 2020 at the CFDA Awards, showing the extent of his designs’ popularity. Some other popular brands that use vegan leather include House of Sunny, Nanushka and Veja. We even stock Flamingos Life here at Sanchos, a completely vegan footwear brand who use vegan leather.

Is Vegan Leather Really Sustainable? Or is it Greenwashing?

Vegan Leather is made using polyurethane, which produces PVC or polymer (PU). This means that it can be made to order for any designer’s whims. These kinds are the most regularly used as their wrinkled texture gives the effect of real leather. However, the vegan leather that is made of plastic definitely does have environmental drawbacks.

Any item made from plastic, including clothing, can pose a threat not only during, but after its lifespan, as it could end up in water or landfill. As plastic is a non biodegradable material, it will be on the planet for years, possibly longer than our lifetimes, and will release toxic chemicals into the environment which will harm oceans, rivers, wildlife, farmland and crops for local areas. Leather in itself is a difficult material to discuss, as the real deal obviously has negative connotations for vegans and animal welfare supporters. However, whilst ‘vegan’ leather doesn’t harm any animals in the process of making it, it can harm animals, humans, and the environment in the long run. This is why so many fast fashion companies like Zara use this type of cheap vegan leather. Not for ethical reasons, but because it is the cheapest option to create a leather look on a budget.

However, there is hope for vegan leather as plastics aren’t the only option. Vegan leather can also be made using natural resources such as pineapple leaves, cork, apple peels and recycled plastic. Scientific developments mean that these sustainable materials are of equal quality to the plastic leather and real leather, and are far more sustainable in the process. There are even methods of dyeing the leather in an environmentally-friendly way by using vegetable dyes, rather than chemical dyes which can harm the environment and eco-systems. There is further hope in vegan leather made using natural resources, as luxury brand Hermès are creating a travel bag made using a ‘fungi-derived fabric, known as Sylvania’ which is being referred to as ‘the exemplar of a new generation of biotech materials’. Whilst Hermès are continuing to create their iconic Birkin bag using real leather and exotic skins, the creation and use of this vegan leather is a huge step in the right direction, especially from one of the most famous luxury bag producers in the world. We can only hope that other fashion brands will follow in their footsteps. 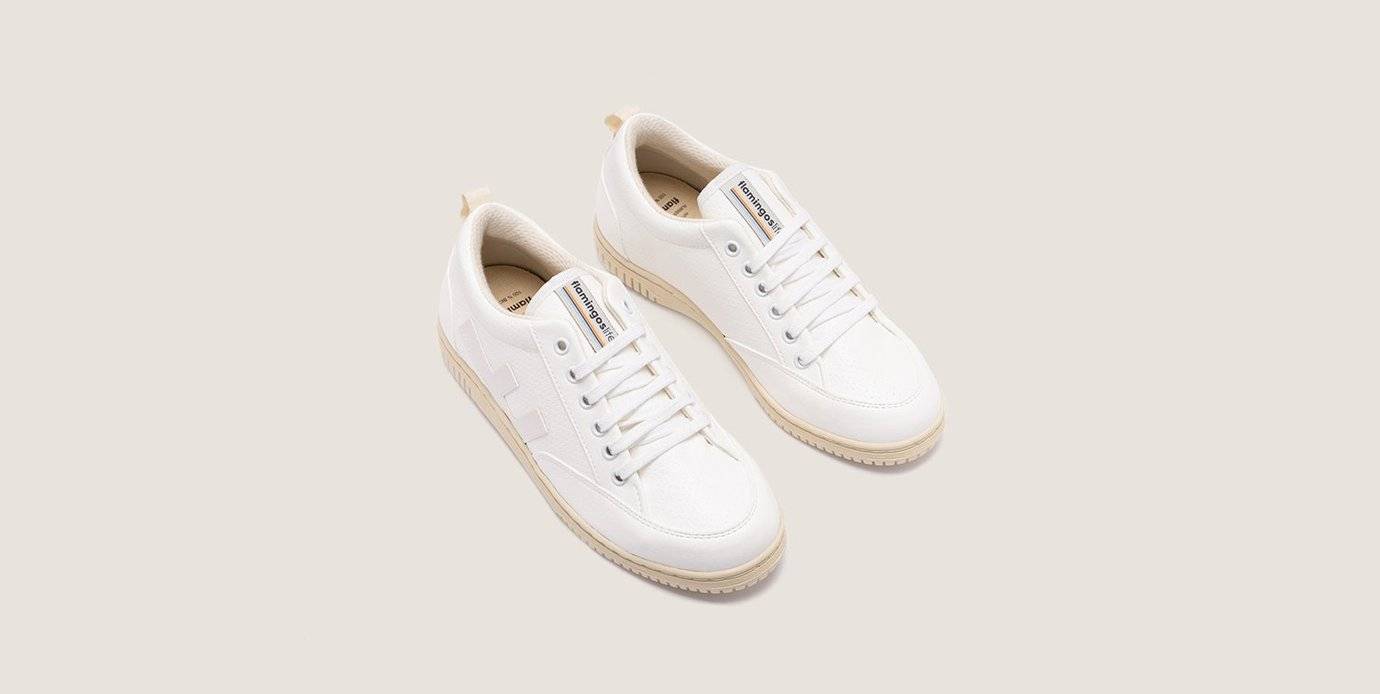 What Else Are These Companies Doing?

Numerous luxury fashion brands have already banned the use of furs and exotic skins in their products. This is a positive thing as these materials are more-so controversial than leather, due to the cruel methods that go towards attaining these materials for an elite, high-end customer base. One of the key brands who are still in the process of using furs and leather is Fendi, who are notorious for their fur and leather goods. If Fendi, who are a key figure in the fur and leather industry, stopped their use of these materials, it would most likely encourage other luxury brands to do the same. Unfortunately, it is not just the iconic luxury fashion houses who are still using fur and leather, as there are some famous ‘insta-brands’ who are using them too. One of the most well-known and popular at the moment is Copenhagen-based brand, Saks Potts. Their coats and trousers have been seen all over Instagram, but they unfortunately not only use real lamb leather in their coats, but they also use real lamb shearling and real fox fur. The popularity of these items on social media shows that many consumers really don’t care about the environmental or ethical impact their clothing has, and instead care about following the most recent trends. Only by speaking out against the use of these materials and by supporting sustainable and vegan brands, can we encourage these unsustainable and non-vegan brands to make a positive change.

Is Vegan Leather A Better Choice Than Real Leather?

Ultimately, it depends on your personal views and on the product. If you are a person who cares strongly about ethics and animal rights, then real leather may be a no-go for you, however leather is often a bi-product of the meat industry, so as long as the meat industry is still in business, there will be leather that would otherwise go to waste. However, plastic vegan leathers can also harm animals, humans and the environment in the long run. These plastic leathers and real leathers can also use chemical dyes, which are incredibly harmful when released into the environment. It is also worth remembering the environmental concerns that are attached to real leather. Animal agriculture leads towards excessive land use and GHG emissions, with the livestock sector being one of the world’s largest uses of agricultural land through grazing and the use of feed crops. Countries such as Brazil have seen an enormous amount of deforestation due to the cattle industry, which has subsequently lead towards biodiversity loss and contributing to climate change.

Shop New In at Sancho’s here.

Our email subscribers receive early access to new products and exclusive discounts. We only send out two emails a week. Plus, you can opt out easily at any time. To keep up to date on everything Sancho’s and sustainable fashion sign up here. 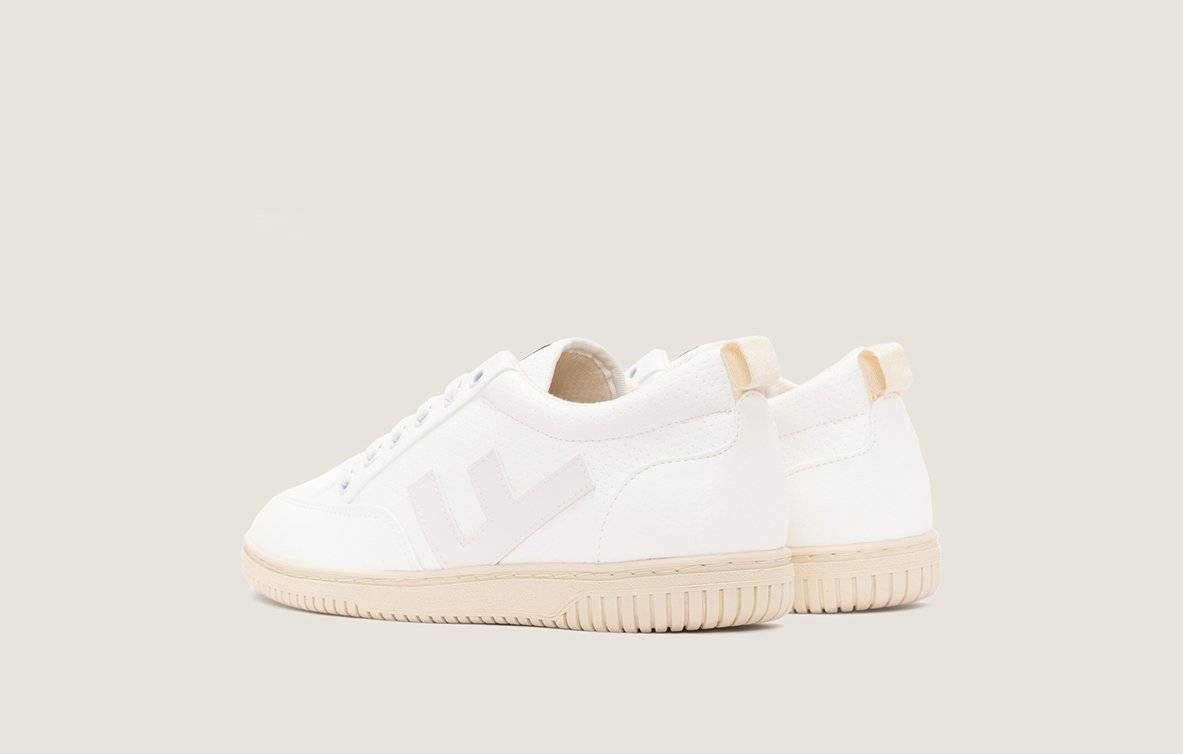