How Fashion And Racism Are Intrinsically Linked

Sancho’s is the home of sustainable fashion and ethical lifestyle products. Our Black woman owned business is based in Exeter, UK where we believe in doing better, providing sustainable and affordable clothing options. Through activism and spreading awareness, we are working towards a kinder world. Shop our transparent pricing collection here, our Organic Cotton Bestsellers here and read more about us here 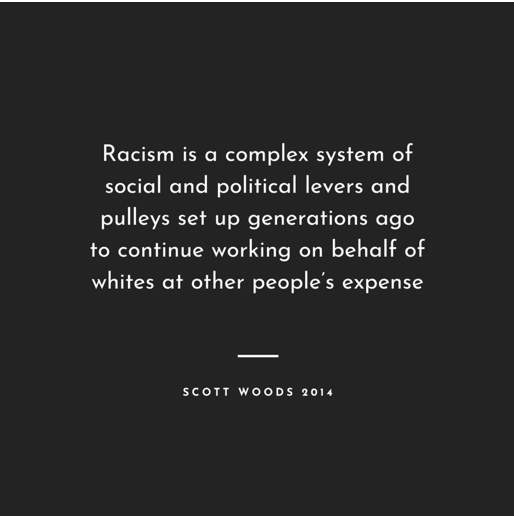 Like many of you, we have been watching the events unfold over the past week or so. With increasing disappointment with the systems that promise to protect us all, people are taking a stand. Racism has leapt to the forefront of our minds. The murder of George Floyd while in police custody has ignited global outrage, sparking Black Lives Matter protests, social media campaigns and a general sense that people have had enough. This, all in the midst of a global pandemic. What has always been clear to us, is that white people benefit from a system that is built upon the exploitation of people of colour, something we aren’t taught in school.

The fashion industry, or more specifically the fast fashion industry, is completely reliant on this exploitation. It is clear that racism in fashion goes far beyond the lack of representation on the runway, it runs through the very core of the industry.

We can’t put it much more eloquently than Rhianna in her NAACP speech, “y’all need to love black people as much as you love black culture”. Scandals such as Gucci’s blackface jumper, Burberry’s hoodie with strings tied like a noose and H&M’s ‘coolest monkey in the jungle’ hoodie ad, are some of the most obvious forms of the injustice shown within the fast fashion industry. But cultural appropriation goes much further within our fashion industry, where white owned companies capitalise off of the clothing of the people they have been oppressing for generations such as calling a robe a ‘kimono’ or a flowy skirt a ‘gypsy’ skirt.

Of the 74 million textile workers worldwide, 80% are black and brown women1. These workers are paid far less that what is considered a living wage, are forced to work 14-16 hours a day and face unsafe conditions2. Considering that the UK spend £27 million on clothes per year, the fact that some garment workers only take home £45 a week makes my stomach churn3. In fast fashion, brands want to keep their profits high and their costs low. To do this, they will move their orders to which ever factory will make it for the least amount of money, forcing further wage cuts for the people who make your clothes. 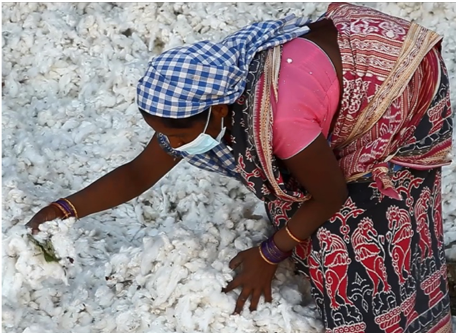 The economic exploitation, that fast fashion is reliant upon, is a legacy of colonialism. From the 1500s until the mid 20th century, European imperialism was a way to create extractive states and oppress non-white people. The legacies of this continue to this day. Western consumers want cheaper clothes, and brands want to make larger profit margins. This leaves those at the bottom of the supply chain, the farmers and textile workers, without a decent standard of living. The injustices are hidden, obscured by conscious marketing campaigns (H&M, Zara and Topshop, to name but a few) and are driven by our disposable culture.

The fashion industry is making small steps in increasing outward representation and equality. 47% of models at New York’s most recent fashion week were of people of colour, and big names like Edward Enniful, the editor of British Vogue, and Louis Vuitton designer Virgil Abloh are showing there is some progression. However, there is still a long way to go.

Now that you know the facts, what’s next?

Through shopping at Sancho’s you are already helping influence positive change in our society. As a brand we pride ourselves on our ethical practices, by only curating collections that fit our slow fashion ethos made from fairly paid workers. It’s the core of our business. But there’s always more we can do.

If you, like us, you want to educate yourself even more and take a stand, here are some resources…

Educate yourself and speak up

Whether you’re a reader or a listener, a scroller or a watcher, there is a wealth of anti-racist

knowledge out there, written by and amplifying the black voice.

Some film/TV to watch

Challenge the norm, change your habits

It’s time to take this movement beyond social media. Challenge the racist knowledge we take as truth, speak out against injustice and change our behaviours. Here are some steps you can take to actively fight fast fashion, exploitation and racism:

There are so many things that we can do to make a difference and break down the injustices that so many people of colour across the globe face each day, we’ve just given you a few. It is going to takes listening and reading more, speaking up when necessary and supporting causes, organisations and people where we can.