Free Shipping On Orders Over £50

Sancho’s is the home of sustainable fashion and ethical lifestyle products. Our Black woman owned business is based in Exeter, UK where we believe in doing better, providing sustainable and affordable clothing options. Through activism and spreading awareness, we are working towards a kinder world. Shop our Transparent Pricing collection here, our Organic Cotton Bestsellers here and read more About Us here.

The podcast hosted by Kalkidan Legesse, the co-founder and managing director of Sancho’s, the home of sustainable fashion.

In the debut episode of ‘Well now you know’, Kalkidan speaks to Sophie Williams, author of ‘Anti-Racist Ally’ and ‘Millennial Black’ the latter of which is soon to be released in April. ‘Anti-racist ally’ is a guidebook for beginners to anti-racism and in this episode they tackle the question ‘well what if I get it wrong’ that stops many people from speaking up and taking anti-racist action.

They speak the day after Trump supporters stormed Washington DC capitol building. This shocking event revealed what we already know - that white, racist terrorists will be treated better than black peaceful protesters, as seen in the past year of black lives matter protests across America and the rest of the world following the murder of George Floyd.

Sophie described the event at the time of feeling “Shocked, not shocked”, while Kalkidan said she was “terrified” by the event and had hoped to start the new year with a renewed sense of positivity. To listen to the podcast on Spotify click here 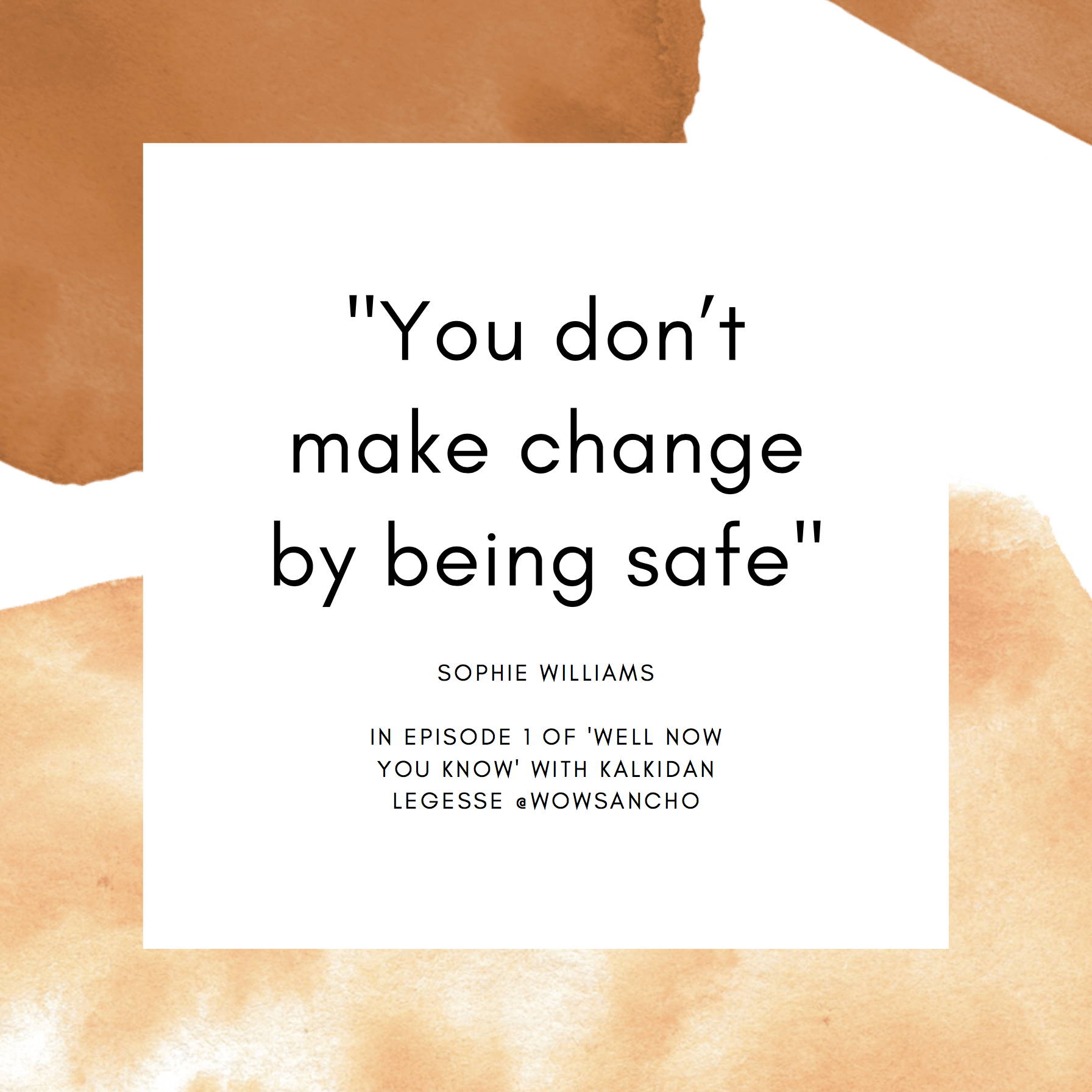 Listen to the podcast here